I am known as a renegade conservationist, and I am probably adding justification for this reputation with the level of candor in this article. I do see that among the threats to these majestic, life-saving, high-soaring, once-abundant but now critically endangered birds are their supposed protectors. Self-styled vulture conservationists, authorities, and NGOs have established agency over the protection of vultures by pushing aside and appropriating local communities’ authentic initiatives and credentials. All the while, the term ‘community participation’ remains absent from their glossy annual reports. ~ MG

Livestream scheduled for Oct. 17, 9 am US Eastern Time. You are welcome to add your comments & questions on the YouTube channel in advance or during the live, so that Manoj can respond in real time. 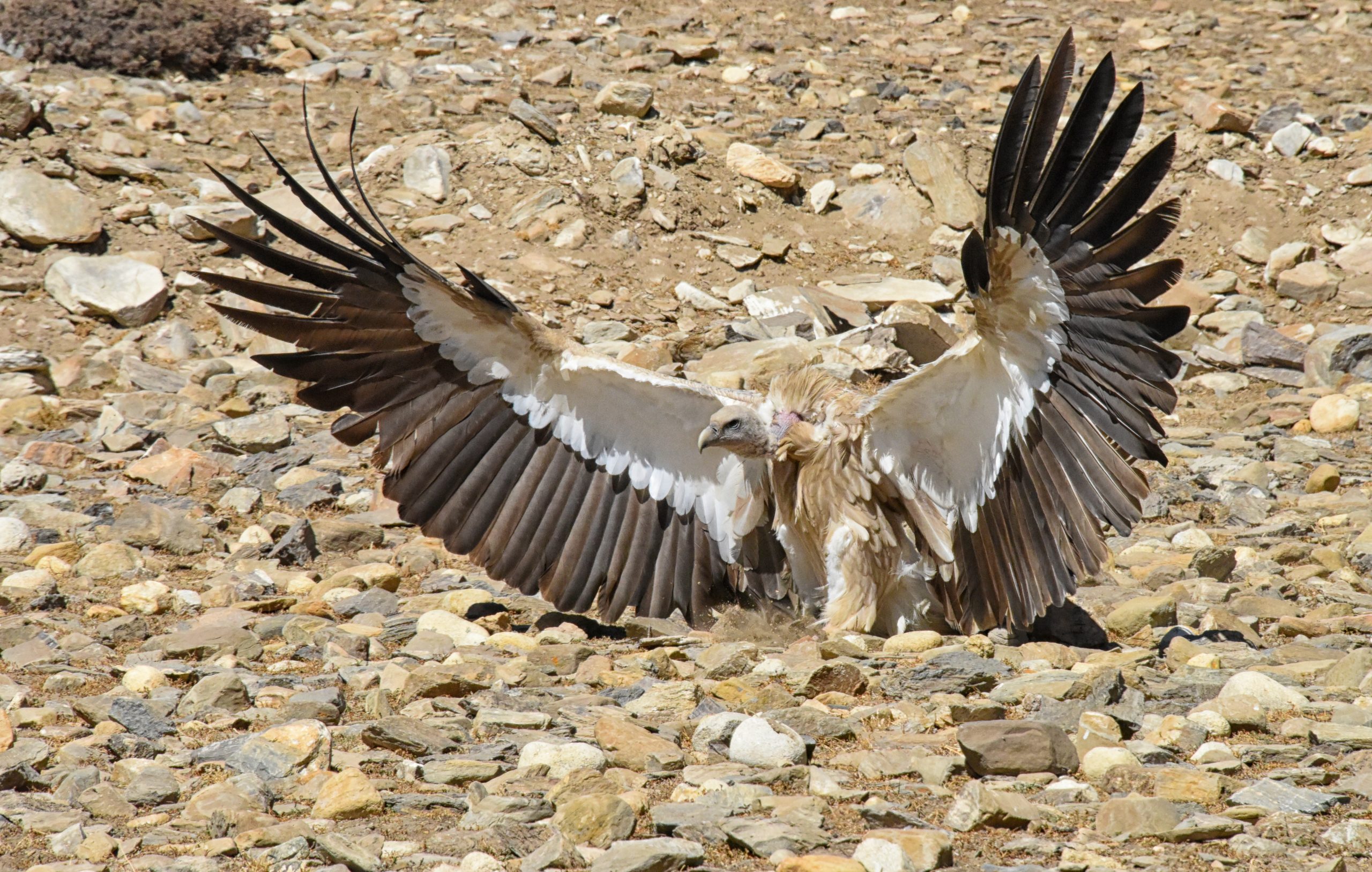 I write this post on the occasion of global Vulture Conservation Awareness Day. The question that I feel the need to raise today is whether the community conservation space has been utilized, or whether it has been co-opted and abused. I believe that a problem that arose with honest ignorance on the grassroots level has a solution on the grassroots level. Mobilization of local governments and creating a safe and robust carrion-sorting, testing, and disposal management system on the municipal unit level with a widespread network of community representatives is clearly the best option for saving the remaining vulture population and reversing its decline.

We see a need to decolonize conservation, inject common sense in the practice, and go for a wider set of stakeholders for conservation decision-making; ungainly and messy as that process can be. We must not let conservation continue to become an experimental business for a few at the cost of many including the species and ecology itself. Read on for the background, and please join me for the discussion on Sept. 19.

Where have all the vultures gone?

By 2005, it became clear through testing and data collection by our team from the Jane Goodall Institute of Nepal that extensive use of the medicine Diclofenac for agricultural use would require urgent, careful management of domestic animal carcass disposal. Usually the task of vultures, intervention was urgent, as hundreds of vultures were dying from ingesting Diclofenac-contaminated animals and the population was taking a nosedive.

It has been 17 years since our team collaborated with locals to set up Nepal’s first poison-free “Vulture Restaurant” in Basa-Basahi, Nawalparasi, where the scavengers could dine on poison-free carrion “served” to them by the villagers. Even though locals from Basa village and surrounding area led and sustained the initiative, creating a template for sustainable, community-led conservation, their initiative was co-opted and diluted by PR-hungry NGOs and domestic political interests.

Farm animals regularly die, and there has always been a need to dispose of the carcasses. Neighbors would help the farm take the carcass to a faraway field or river bank where vultures would show up within hours, devouring every single strand of flesh by the end of the day.

We have tracked numerous vulture die-outs: Anandaban, Butwal in 2010, Kalilali in 2011, Suklaphanta in 2011, Dang in 2012, and many more. As many as 25 known individual vultures died in one site, yet authorities failed to mention poisoning.

Who are the vultures here?

Sniffing a public-relations bonanza, large NGOs and their cohorts undermined and discredited the successful community initiative, rushing in to grab credit for creating the first-ever Vulture Restaurant. Close on their heels, influential actors in Nepal’s ornithology community jumped in, using their influence to get “Vulture Restaurant” registered as their own brand. They appropriated the simple, effective, innovative method that the locals of Basa had devised, into a cash-guzzling endeavor, further complicated by incorporating unrelated farm-animal protection measures.

Farm animals regularly die, and there has always been a need to dispose of the carcasses. Neighbors would help the farm take the carcass to a faraway field or river bank where vultures would show up within hours, devouring every single strand of flesh by the end of the day. When we discovered the poisoning, nothing changed other than the need to ensure that the carcass was tested before exposing it to the vultures. Contaminated carrion was disposed of away from vulture access – beautifully simple!

As we admired and spread the word about the community for conceiving and responsibly sustaining the original Vulture Restaurant, there were other forces at work. Instead of encouraging and empowering other communities to replicate Basa’s example, the big NGOs, in cahoots with the usual suspects in Nepal conservation circles, proceeded to create the Pithauli Jatayu (vulture) Restaurant. Soon, they were falsely touting Pithauli as the “first-ever” Vulture Restaurant. Narratives and data were concocted to support this claim.T o well-heeled NGO donors, Pithauli created the illusion that the benefit was nationwide.

Pithaul’s success can also be seen as an indication of the failure of many other projects that popped up overnight and then died into oblivion without causing much pain to their funders.

I do laud Pithauli for its community ownership and for its effective vulture protection, but for the recovery of a historically omnipresent species such as vultures, we have always needed tens (if not more) of sustainably operated vulture restaurants in Nepal.

Time to take a step back

At the outset of the crisis, when vulture populations were declining at a precipitous rate, our two biggest challenges were proving regular food sources and proper disposal of contaminated food. 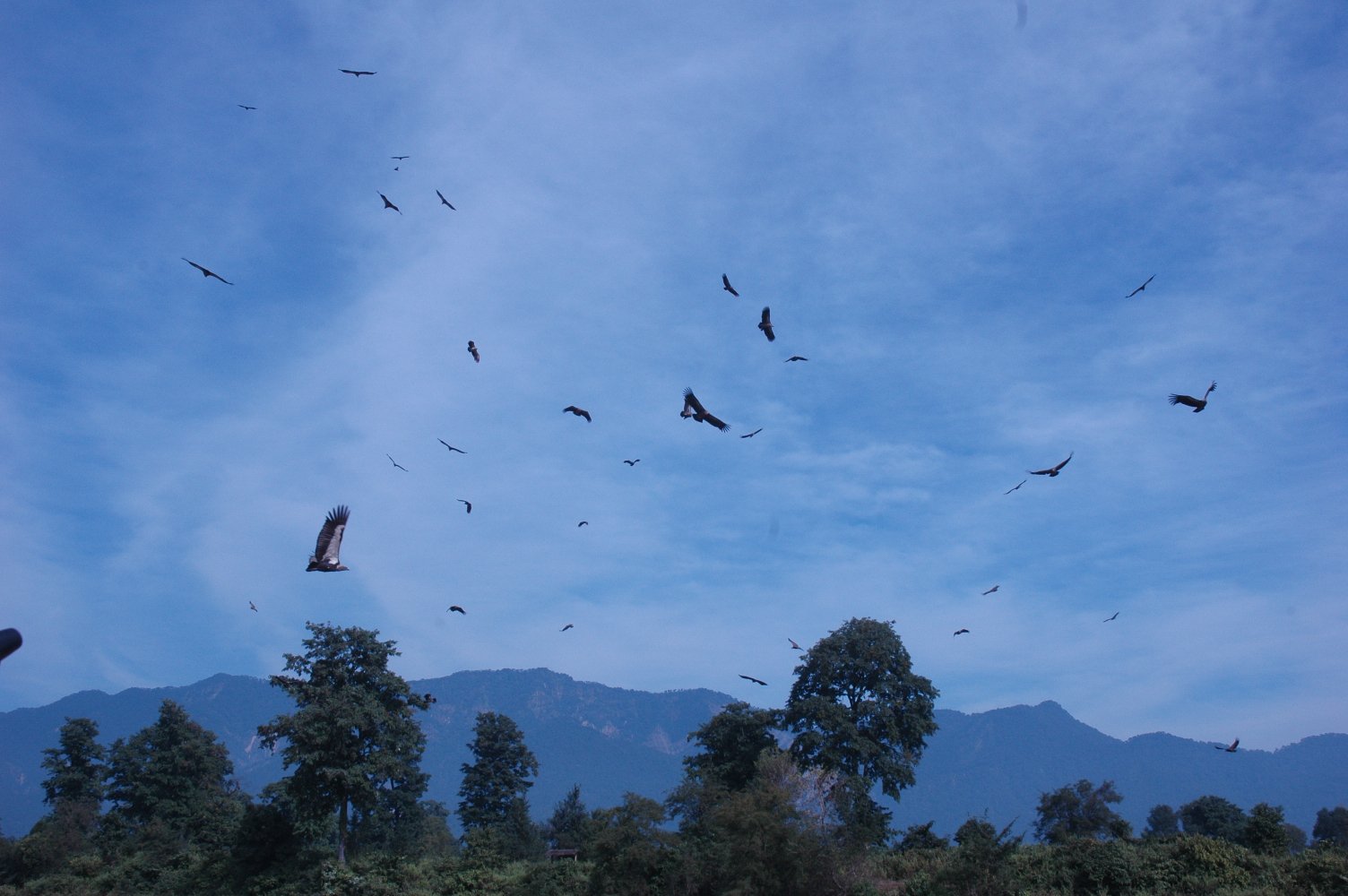 Those of us involved in the original Vulture Restaurant knew that Diclofenac wasn’t killing Nepal’s vultures any longer. All the time that alarms were being raised about existing threats, a bold yet unproven initiative of captive breeding was receiving a lot of attention; in turn it was responsible for stealing dozens of breeding pairs from the wild to be kept in captivity for the breeding program. “Vultures endangered? Let’s breed vultures,” was the drumbeat, without an evaluation of the systemic impact of each step.

This illustrates how conservation decision-making in Nepal eschews common sense in favor of unproven measures designed to appeal to public sentiments for political gain. Conservation initiatives lack thoughtful wider scientific discussion and cost-benefit analyses. The captive program devoured a seriously disproportionate amount of resources compared to its results, undermined the community-based interventions, and resulted in the death of individual vultures in captivity that had been breeding successfully in the wild.

Amid a host of other threats that were visibly killing vultures that needed desperate attention, authorities and NGOs created a furor with the Diclofenac drumbeat, then sat on their hands, focusing on the vulture issue at the expense of issues like the poisoning of street dogs, another misguided practice leading to to the large-scale die-out of vultures in the 90s in Rupandehi.

The 1990s were rife with strychnine poisoning of street dogs without proper disposal, certainly leading to large-scale die-outs of vultures on top of the role of Diclofenac. These other factors added to the impact of Diclofenac, which continued killing the declining number of remaining vultures. 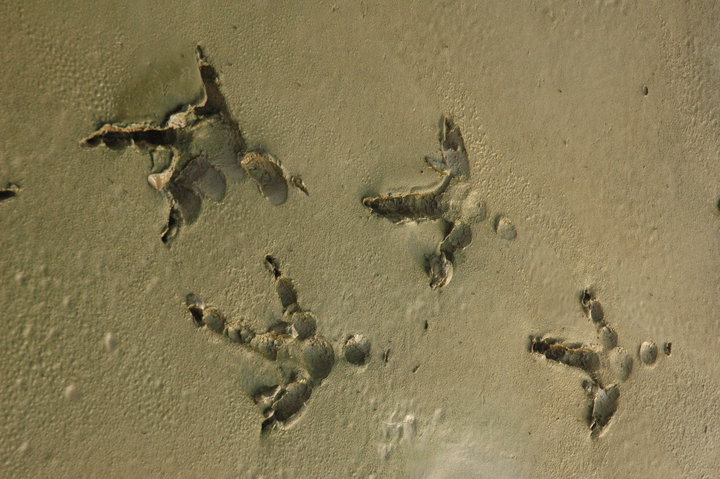 At the Godvari International Seminar on Humane Dog Population Management in 2012, we secured a serious commitment from the local development ministry and 25 municipal units from across the country in the form of the Godavari Declaration.

Major vulture conservation organizations were invited to Godvari and participated in the discussions regarding the damage caused by the mass poisoning of street animals. Curiously, conservation NGOs and authorities forgot about the real issues, calling it a generalized “animal welfare” concern and not a conservation-oriented agenda. This is another widespread problem within conservation circles in Nepal. A strategic, more direct and sustainable approach to problem solving is seen as antithetical to the business of conservation. In response to a Public Interest Litigation that we filed in 2016, the Supreme Court of Nepal recently made the culling of dogs and other animals illegal and directed the government to put a ban on the use of strychnine.

Our petition mentioned the plight of vultures as one of the major arguments while we also relied on the angle of inhumane treatment of dogs and of course the environmental impact of the toxin. But since that verdict hit the news, we have not noticed any of the big vulture conservation champions using it an an example to stop further incidences. Rather, the same old linear thinking and focus on veterinary drugs including ketoprofen has been more than enough to keep the dollars and pounds coming.

A survey that I designed and led in 2007 in Western Nawalparasi showed that the average household-to-livestock ratio was 1:7 units of livestock out of which 4 units were large cattle. Now, some 15 years later, we see the ratio has flipped, with 7:1 in household vs large cattle ratio.

In South Asia, cattle carcasses have long been the only reliable source of food for vultures. The designated ecological role of these scavenging birds is to consume rotting carrions that can cause public health concerns and a domino effect of environmental imbalances. Now the vultures’ main food supply has dwindled, thanks to the mechanization of agricultural practice in Nepal, and as urbanization continues to shrink available agricultural land. There is an obvious link between the decline in scavenger populations and the decline in available cattle carcasses.

Since Pithauli, many individuals have received awards and organizations have received grants for having started the “first” Vulture Restaurant, but never has the Basa community been acknowledged for championing the prototype that is now hailed all over the world. That sort of petty behavior can have a chilling effect on spontaneous initiatives carried out on a community level.

It’s time to restore agency and recognition to the communities affected by and solving environmental crises such as the decline of vultures.