After the 2015 earthquake in Nepal, Manoj Gautam visited the Kapurgaon village to assess how the villagers could be relocated to a safer place. He and his team also treated domestic animals that sustained villagers in the wake of the disaster. 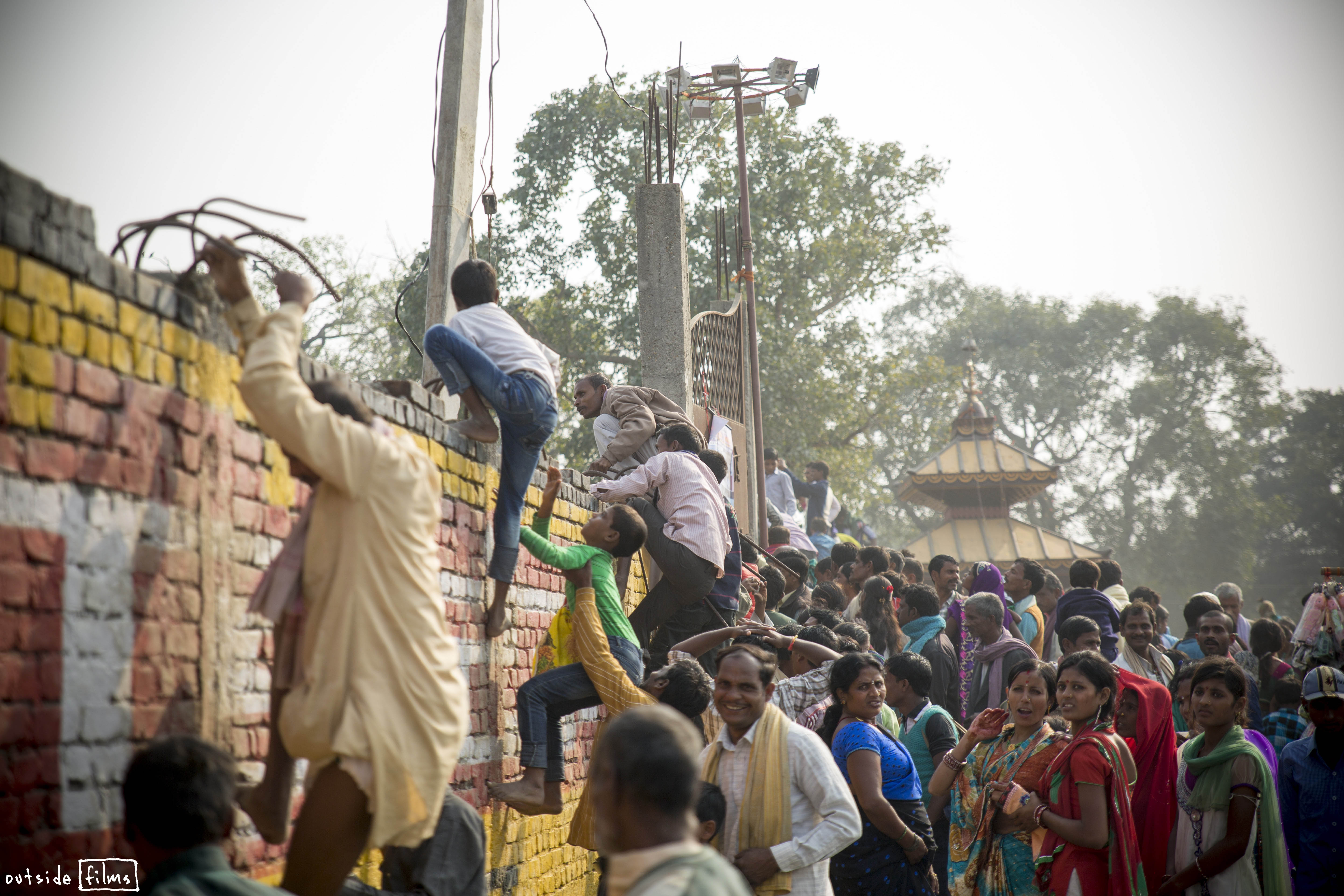 In the twelve years since we first started questioning the open acceptance of cruelty inflicted on animals in the name of religion, we have heard the drumbeats of protest and change.

We have seen the same religion, same faith expressed in different practices, some compassionate and non-violent; others spilling blood and anguish. Co-existing with the concept of all creations being children of gods and the need for every individual to act out of compassion and benevolence, Hinduism as a religion has been the champion of ‘Ahimsha’, the concept of non-violence. Remarkably, that same religion counts among its faithful those who believe in offering animals as sacrifices to gods and goddesses.

Growing up in the rural village of mid-western Nepal, I witnessed frequent animal sacrifices.

Even when there was no apparent religious occasion or auspice, those butchering a goat first make a perfunctory "offering" to to the goddess before quickly devouring what was left of the goat. I remember that the butcher would often perform a little ‘puja’ where they would worship the soul of the animal and ask for the forgiveness for the killing. I still find it curious, whether the conscious choice is better made with or without the element of guilt. Is hypocrisy superior to barbarism?

I play with these thoughts more these days as our campaign against the ritualistic slaughtering of animals in the temples in Nepal closes in on success and hence has shifted naysayer’s attention towards the mass slaughtering of animals for consumption. They are heard more often these days asking ‘But what about eating animals? How is that different? Killing is killing, after all!" "Why are you attacking our religion?" and "Are you funded by Christian organizations?" goes this new drumbeat.

As demoralizing as these accusations are,  we accept that we need to address them. One of the major questions has been how to prioritize which challenges to confront first. We picked the largest religious sacrifice of animals in the world as our first real campaign subject, the infamous Gadhimai Festival. Many asked why we would start from such a large-scale problem; others said it was stupid to expect that it was even going to end. Many pointed fingers toward the team, saying we chose Gadhimai to avoid targeting our preferred Hill temples; that we were racists and vindictively targeted a Madhesi (southern plains) festival. Others claimed that although we tolerated commercial killing of animals, we had a problem with Gadhimai because we were "anti-Hindu."

Why should we be so concerned about the slaughter of a few
hundred thousand animals at Gadhimai, once every five years?

After all, every day, 2.7 million animals are slaughtered on farms around the world. Perhaps the answer lies in the extreme, deliberate violence exhibited at Gadhimai. By no means is the clandestine slaughter of billions of animals in factory farms any less concerning – in fact, the disassociation of western culture from the lifelong suffering and cruel death of these animals is arguably even more sinister than the public mass butchery at Gadhimai. The ‘out of sight, out of mind’ attitude of Western commercialization of living beings is probably the biggest hypocrisy of the so-called modern civilization. But what message does it send to our children and our peers, if we allow thousands of animals to be hacked to pieces by drunken men in a field? There can be little hope for the development of a humane society when such massive, wasteful slaughter is condoned, even supported, by the government, attended or watched by thousands of children, and celebrated by a society.

We all have different beliefs. Some of us believe we need to eat meat to survive. Others believe if we eat meat we absorb the pain and despair of the slaughtered animal and will never find happiness. Some believe that humans have rightful dominion over other species and the Earth. Others believe we are all animals, equal in our capacity to suffer. I personally never believed that even a meat-eating human would want any unnecessary suffering by the animals they consume, or be proud of stealing a life.

Cruelty can be circumstantial, but the cultural condoning or promotion of cruelty desensitizes generations. In such cases, cruelty becomes a permanent foundation the society. Regardless of our individual beliefs, anyone who can look into the terrified eyes of a calf surrounded by a sea of headless writhing animals like I have, and not feel that this is wrong, perhaps is not ‘a normal human’ state after all. Those who do not have any guilt or sensibility of some sort in inflicting pain and misery to animals need correction. And if the society at large is incapable of feeling this guilt and showing sensibility on these matters, then I would argue that the society at large needs correction. 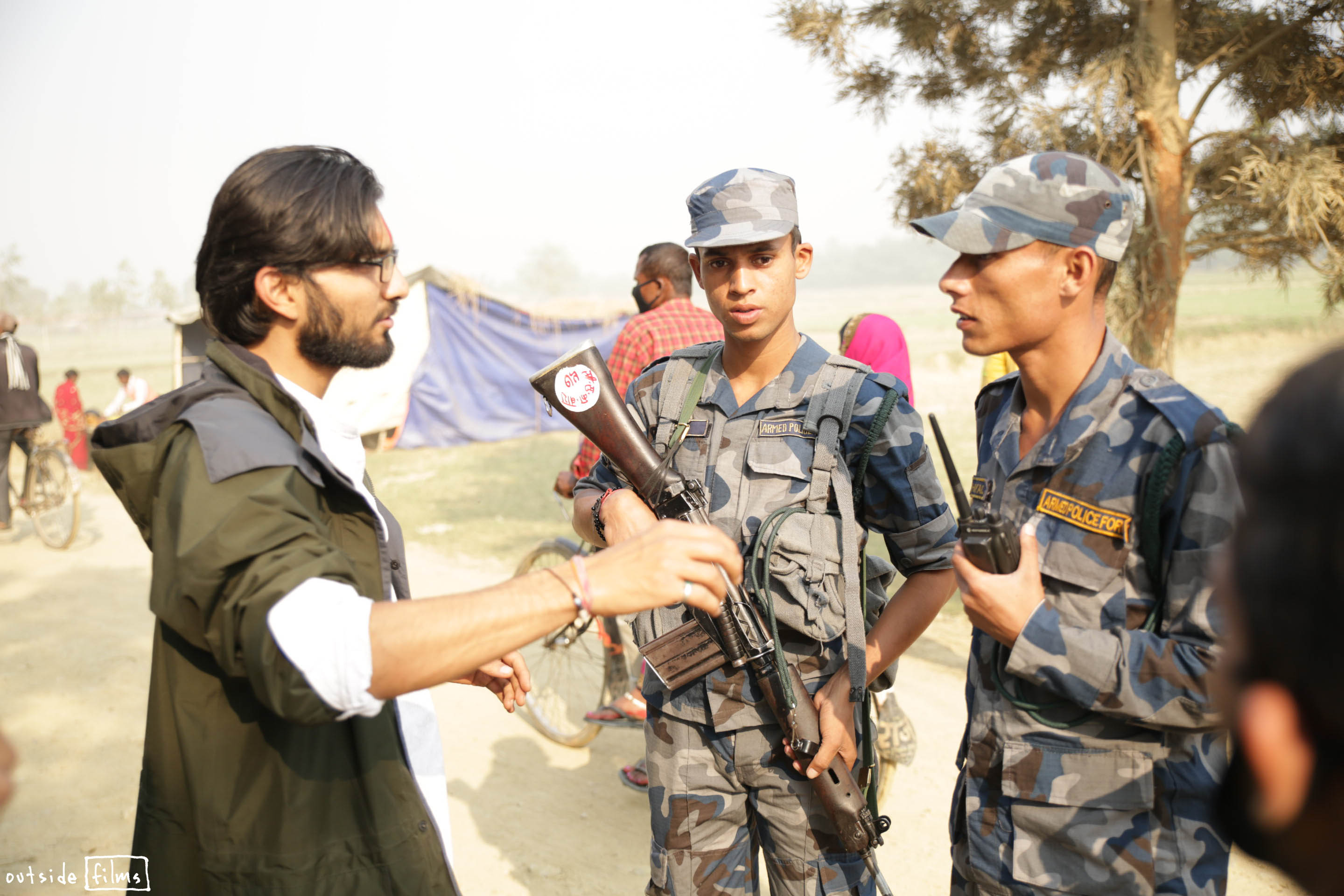 Eleven years ago, when my little team for the first time dared to speak against the cruel hacking of animals at Gadhimai, people feared that we would meet some serious consequences. We took our humanitarian message to the heart of the Gadhimai area and gathered a critical mass of supporters in the communities there. Now, there are frequent spontaneous rallies and demonstrations across the region in support of our campaign. The Supreme Court of Nepal, in response to a Public Interest Litigation filed by our team, responded comprehensively in our favor with a well-expressed ruling. Bhadrakali Temple in Kathmandu, one of the former centers of animal sacrifice during Dashain Festival, recently announced they are stopping sacrifice after this year.

Granted, there are those who still deflect and try to distract from the main agenda by pitting Hills against Plains people, calling us out for anti-Hinduism, and railing about "invading religions." These desperate outbursts indicate a turning point, an indicator of change. There was a time in 2010 when some temples (religious trusts) in Kathmandu protested against the government budget cuts to state-sponsored animal sacrifice; yet recently, a prominent temple in Kathmandu announced an end to animal sacrifice as a practice. This is a proud moment for us all, yet also an opportune time to mobilize all our resources for a final push to create a society that is one step closer to being compassionate and just.

After this decade-long campaign, we are within reach of a rich reward for all the misery we have witnessed and sustained, the sacrifices and attacks we have suffered in our personal lives, to reflect on our country's progress from tolerating cruelty to living with compassion. We will reflect with deep joy on this cultural metamorphosis as we watch goats and buffalo munching grass in the warm Gadhimai sun.